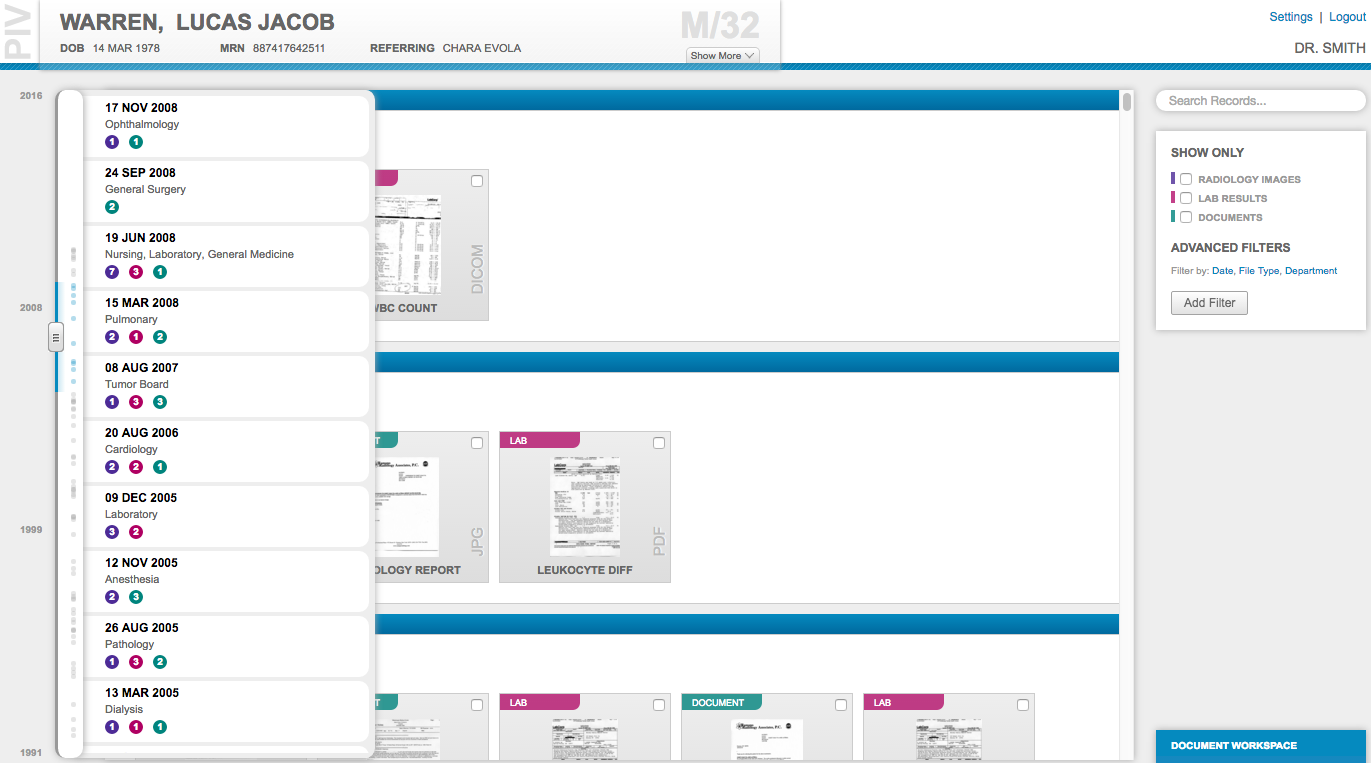 Clarity of vision for information viewing

As a team of 5 MHCI students, alongside our client GE Healthcare, we designed a new tool to enable doctors to quickly and easily analyze a patient’s medical history. Our design process culminated in the production of a functional HTML prototype, a research report highlighting the findings of our interviews with doctors and other hospital staff, a design report detailing all aspects of our process and final product, and a videosketch depicting a future direction for patient information viewing. Our final design ideas were split into two camps (with many ideas overlapping both) - those which GE’s engineers deemed currently feasible, and those which may later be feasible. The latter comprised our “Vision” for future development. 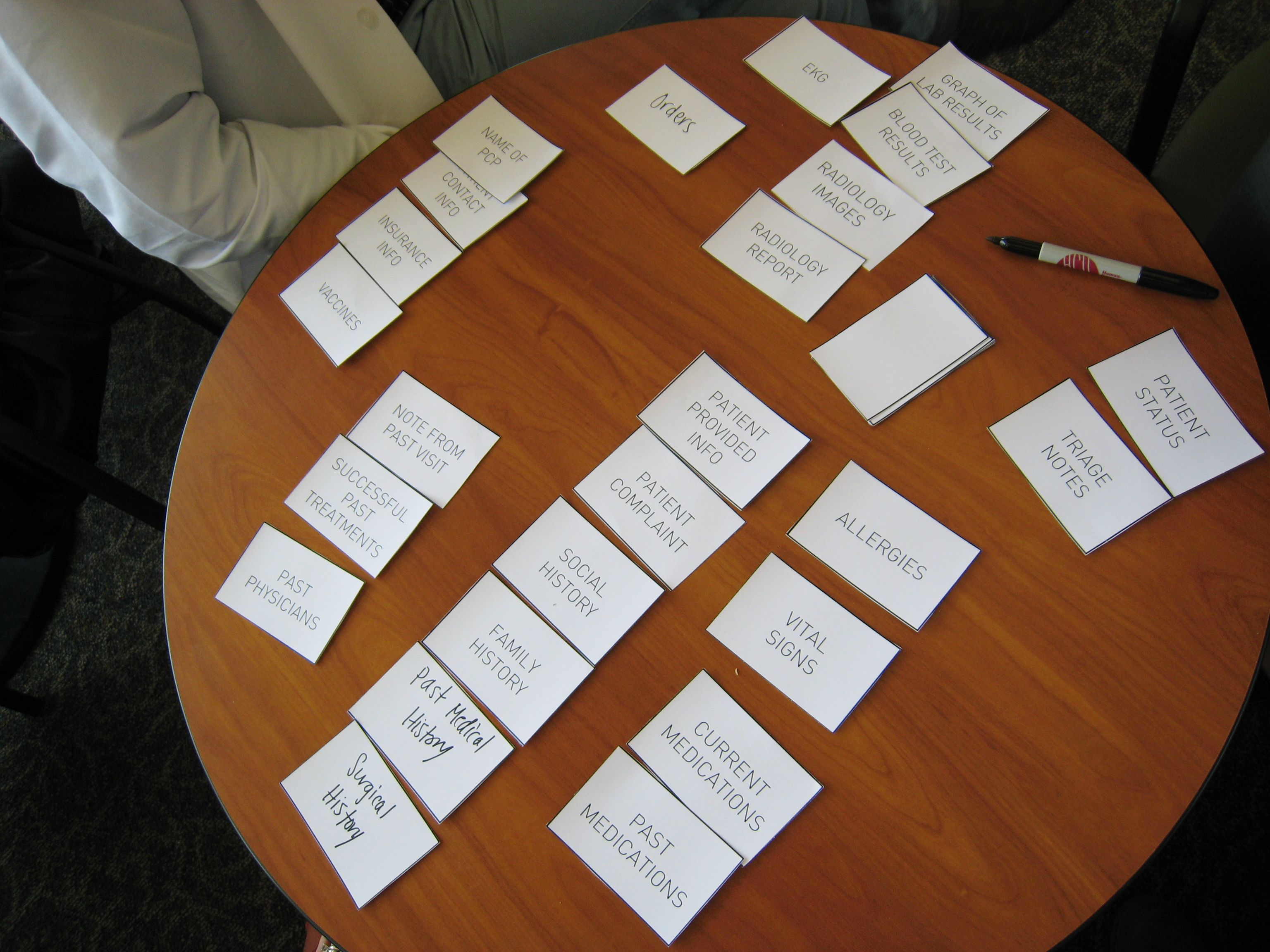 Uncovering needs in the healthcare context

After gaining an initial understanding of GE's goals, product concept, and open questions, we quickly jumped in to the research phase of our project, conducting competitive reviews, analysis of relevant literature, and familiarizing ourselves with exiting GE Healthcare products.

At the same time, we were heading out into the field, interviewing doctors, nurses and other hospital staff at their places of work to gain a better understand of what not only the information needs are, but also the context in which the application would be used. We brought GE business and engineering stakeholders into the research through a comprehensive overview of all our findings, and the design directions we felt would succeed based on those findings. 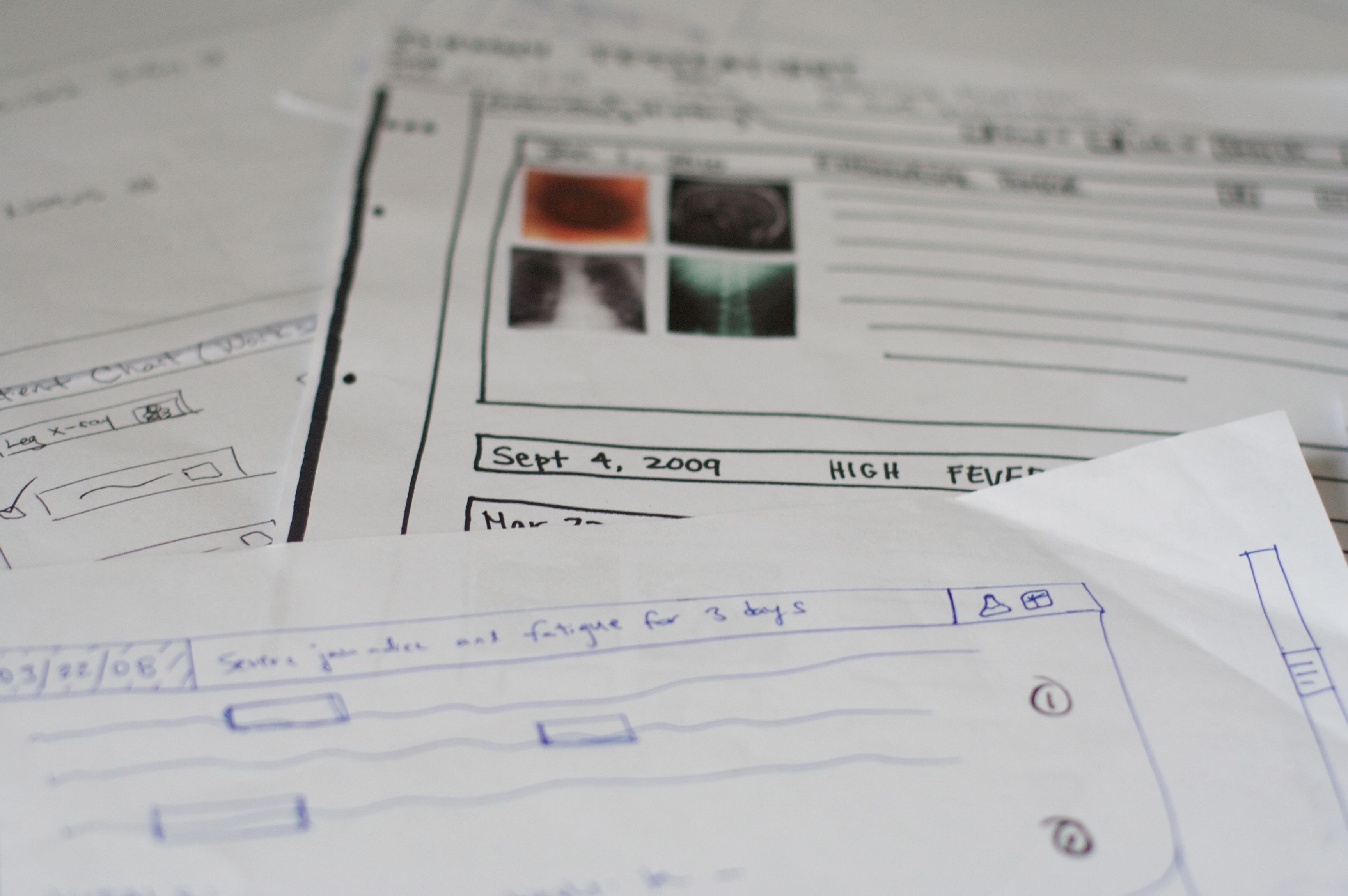 Having narrowed our focus through meetings with client stakeholders, we began UI design. We decided on the components we thought the application would need, and began by paper prototyping each. We moved from paper prototypes to medium-fidelity prototypes (Adobe Flash Catalyst [Remember that? No?] and HTML) and finally to a high-fidelity HTML prototype that contained all the components together with complete visual styling.

In each prototype phase we conducted usability tests and iterated our design based on feedback. To help fill in some of the knowledge gaps that arose during this phase, we held participatory design sessions with doctors who helped ensure the product was targeting real problems without introducing complexity into time-sensitive scenarios.

By the end of our engagement we had a functional HTML prototype that had been put through three rounds of usability testing with doctors, as well as a list of roadmap features that were excluded from the prototype scope. These ideas became our “Vision” for future development, which was presented alongside our prototype in our final presentation.

This work was done as part of the MHCI capstone class at Carnegie Mellon, and eventually formed the foundation of a released product. Two design patents were awarded based on this work. 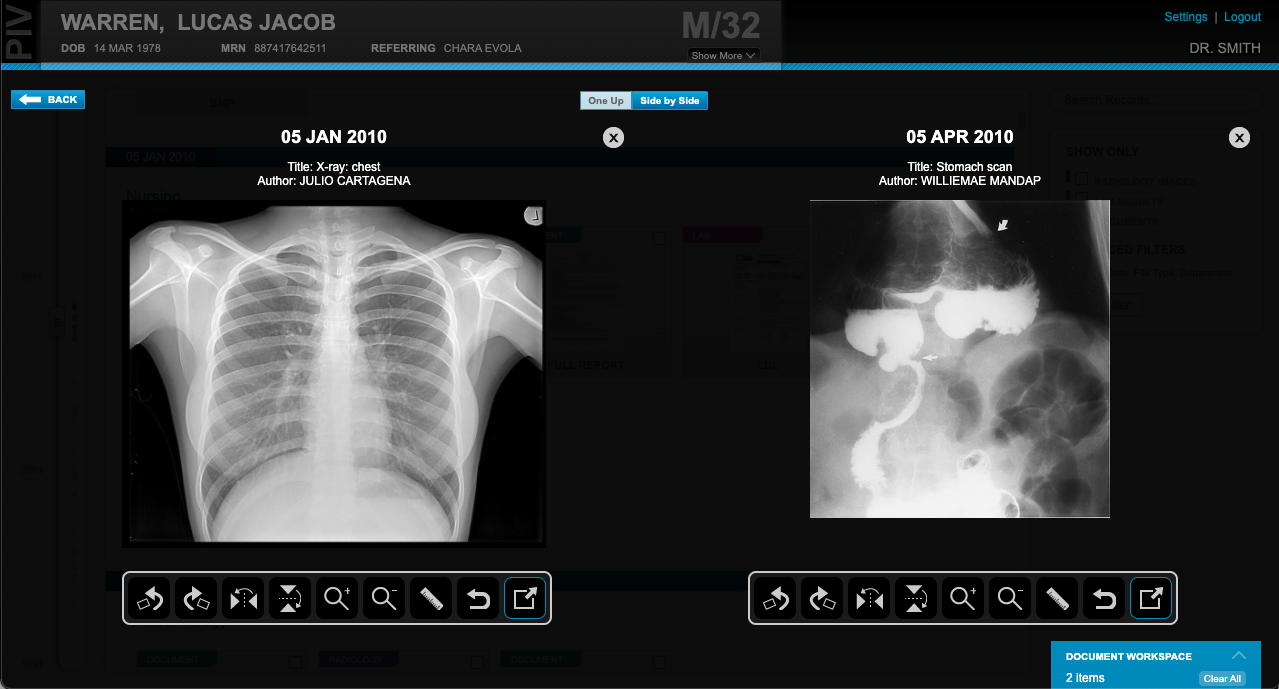